The Workflow of Virtual Production

Home » The Workflow of Virtual Production 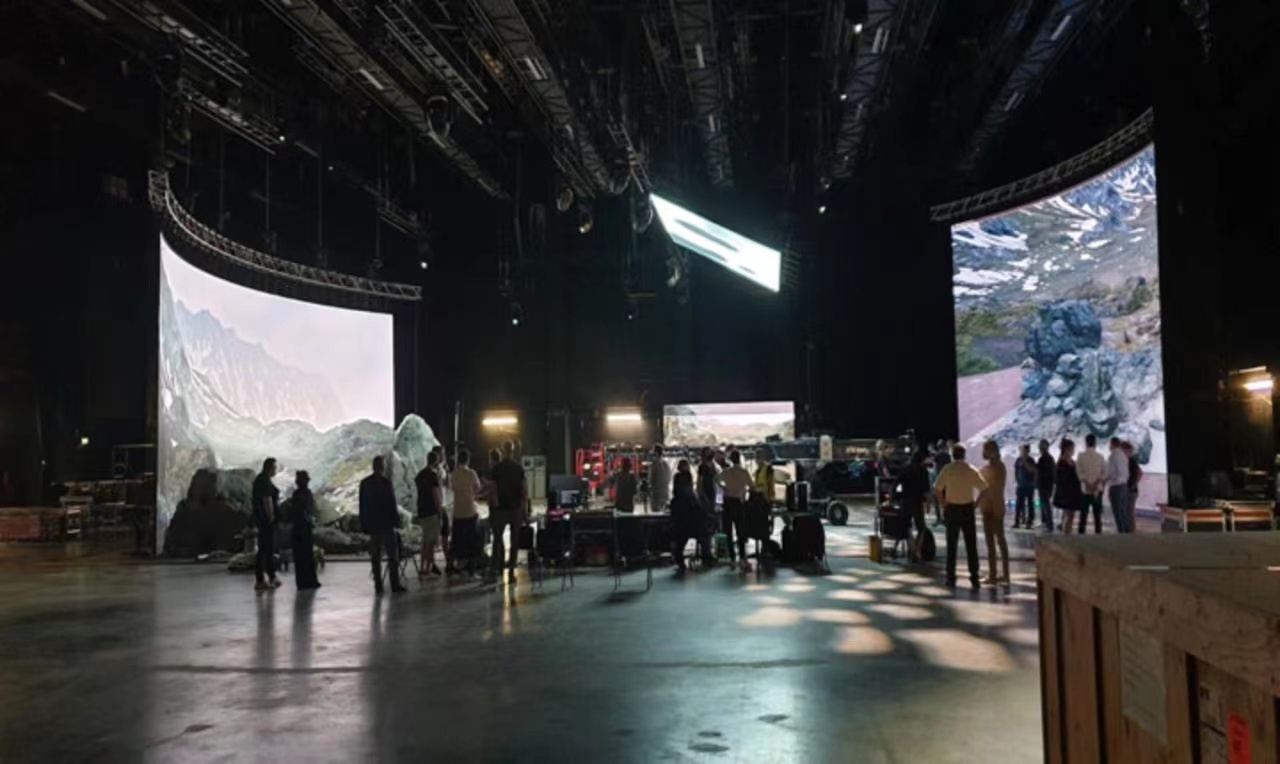 The workflow of virtual production

Pitchvis is used to depict a script’s sequence or concept. This is subsequently transformed into a trailer for pitching to investors and production firms. Pitchvis is a handy tool for quickly presenting your vision to get funding or greenlight your business.

Previs is the process of previsualizing a portion of the whole of a film. Frequently used for very complex sequences, it combines storyboarding, animatics, and asset creation to produce a three-dimensional depiction of the story’s environment, allowing the filmmaker to experiment with alternative viewpoints and angles.

Virtual Production is a term that refers to a diverse range of technologies and techniques that allow the production of virtual characters and surroundings and the actual shooting of them on camera.

It is a constantly changing subject, with new procedures being produced regularly. Here are a few of them.

These dots, which are used to digitally capture human performances, follow the actor’s movement and transmit data to software, which may subsequently be utilized to construct a digital 3D character. Andy Serkis is converted into Gollum or King Kong in this fashion.

Directors may experiment with various angles and views in a virtual setting using virtual cameras.

The director is provided with a physical camera that is connected to sensors that map the actual environment to the virtual world. When a filmmaker pans, dollies, tilts, or cranes this camera, the movement is captured and replayed.

Previs is followed by techvis. Following the creation of the previs sequences, a technical study may be conducted to inform the crew on how the film can be filmed physically in real life.

After the technical data is captured during the techviz process, it is delivered to a real camera for the execution of the pre-planned pictures to the precise specifications necessary. This is the transfer of the movement of the digital camera to a physical camera, which may then recreate the photo in real-time.

Simulcam is a blend of real and virtual cameras that was first created for James Cameron’s Avatar. It real-time superimposes actual performers wearing motion-capture bodysuits onto a virtual set, enabling you to exploit motion tracking data as they are acquired.

In filmmaking, virtual rapid prototyping is a step up from the previs process. By using virtual production methods, it allows a small team to plan, film, and edit scenes with actors wearing mo-cap suits in real-time.

Numerous blockbuster films are now set in realistic virtual landscapes rather than in real-world locations: Jon Favreau’s The Jungle Book, for example, does not include a single frame filmed in a jungle.

This necessitates the creation of a virtual art department, which works under the guidance of the production designer to build the CG elements and virtual environment for directors to explore using the virtual camera.

If you wish to capture anything that cannot be simply created by a computer, photogrammetry may be used. In essence, this is extracting data from photos and digitally recreating them.

Postvis is the process of assembling all of the parts for the final edition. The editors will take the live-action, previs, and virtual production material, screen it and splice it together to create the final film.

The Advantages of Virtual Production

Many believe that the current trend toward virtual manufacturing is partly motivated by the epidemic. The abrupt move to remote employment necessitated devising a new method of completing tasks quickly. It requires teams to adapt their creative workflows and pipelines to new tools and processes.

Virtual production saves studios time and money. Virtual scouting may help save trip time and associated costs. Making creative judgments and modifications early in the process ensures that the proper choices can be made on set with the actors. This results in more precise takes and less rework.

Iteration of an Idea

Virtual production enables creatives to accelerate the development of their concepts. This creates an atmosphere conducive to exploration by visualizing shots and surroundings before anybody sets foot on site. Iterating on their concept enables studios to bring diverse individuals together to produce something extraordinary.

Throughout history, the cinema has been compartmentalized. Many did not see the CGI visuals and re-edited stories until the final release. Virtual production, on the other hand, may allow everyone involved to have a better grasp of the whole production cycle, from previs through the post.

Virtual cameras and live green screen compositing serve as a window into virtual worlds, allowing contributors to see precisely what they are recording. LED walls to provide filmmakers and performers with an accurate representation of the set they are on, both visually and in-camera.

Teams may seamlessly move from one scene to the next by using a virtual environment. Everything takes place in one spot! Filmmakers can swiftly swap out digital elements, enabling them to shoot many sequences with the same actors.

Additionally, the filmmaker has complete control over the weather, time of day, lighting, and arrangement of objects in a virtual area. These circumstances are instantly accessible and may be reproduced at any moment.

Virtual assets may make use of pre-configured elements from pre-existing libraries. They may be readily adjusted to match the specific requirements of every production without the need to start from scratch. Electronic storage of these virtual assets reduces the cost of physical storage, transit, and labor.

When discussing the evolution of VP technology and its impact on the pipeline, it is critical to recognize that its utility and benefits vary according to its type. Much of the prior research has concentrated on the implementation of subset technologies for specific films and sets. All three VP subcategories—visualization, LED walls, and performance capture—may vary in small ways, but they all use the same basic technology to get the same results. Leaders in the arts and entertainment can benefit from these methods as many live shows migrate to the digital realm.

A range of creative and technological aspects come together to stage in this type of productions, it’s not something you just take from the shelf.

We at iDisplay LED wanted both to inform clients on the possibilities that virtual production can create, but also to raise awareness on the technological complexity, when all the aspects, such as content, tracking, LED, lighting, camera and streaming come together.

“iDisplay have also been very supportive if it comes to adjust to the right settings between the LED screen, the processor and the camera settings. It’s very important to get that just right and the support and knowledge of your LED supplier is paramount.”