Virtual product has successfully replaced most green screen production, and it wouldn’t be wrong to say that film and TV sets are under revolution. Instead, it is because virtual production LED walls have surfaced in the industry, and it’s meant to create a dynamic and live background. In fact, with the advanced features and minimal infrastructure, and affordable cost, who wouldn’t be interested in this new production technology? 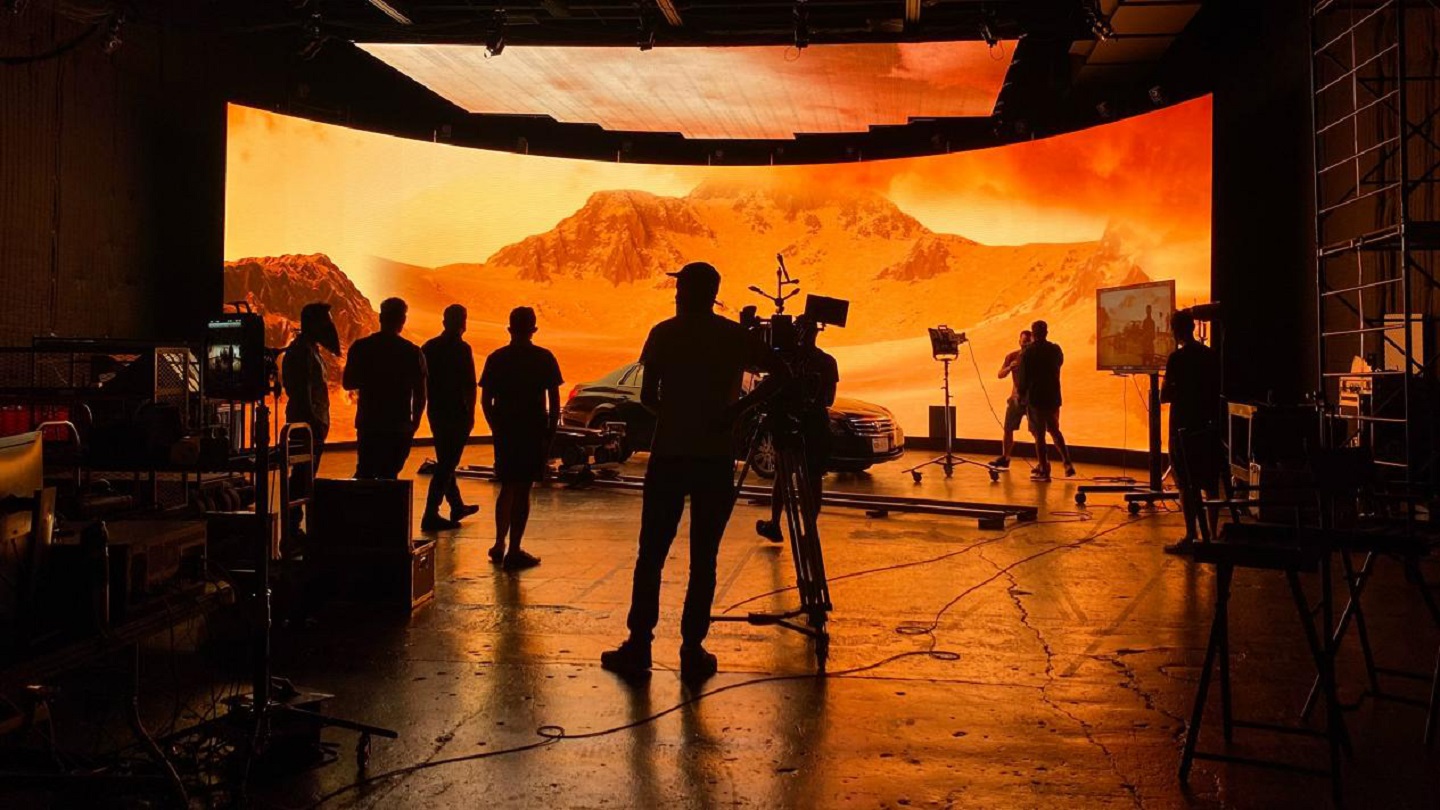 The History of Virtual Production

Virtual production is the ability to combine computer graphics and live footage to get real-time feedback and make production-related decisions about the animation and VFX. It wouldn’t be incorrect to say that virtual production has real-time computer graphics to impact filmmaking decisions. In addition, it could be defined as the process of developing a digital world that initiates with the movie’s inception and ends with the VFX.

As history was being tapped into, there was a time when the film was shot, sent to the lab, processed, and given to the filmmaker who would cut the film. It was a labor-intensive and time-consuming process, which reduced the production speed. On the other hand, virtual production integrated with LED screen walls and XR extended reality offers digital editing solutions.

Virtual production is a broad term that contains a range of computer-aided virtualization and production filmmaking processes. It contains AR and VR with game-engine and CGI technologies to enable the production crews. However, there are different types of virtual production, including;

Visualization – Visualization is the imagery that conveys the creative objective of the sequence or shot. It has multiple steps, including virtual scouting, stuntvis, pitchvis, postvis, and previs (vis means visualization). Moreover, it’s a practical way of outlining the locations.

Performance Capture – It was first used in the film, Avatar, and revolves around recording the movement of actors and objects for animating the digital methods. It contains the utilization of markets to capture the body movements and facial expressions in the live environment.

Virtual Production LED Wall – It is the virtual production in the pure form with which the image-output is developed with the help of real-time rendering engines, and it’s projected on the screen that’s behind the green or physical set. While discussing the virtual production LED wall, it is always inevitable to compare with the green screen. A green screen is something that filmmakers can use to drop in the background images behind the foreground and or actors. It is widely used in film production to place the desirable background behind the actor or subject. However, it still takes away the creative freedom and freedom of editing. It is because a virtual production LED wall has leverage over a green screen, given the following benefits;

Virtual production LED walls to help adjust the background according to the camera perspective. In addition, the camera lens moves in the 3D form, which means the buildings, trees, and mountains will move at an appropriate speed. In addition, it helps restore realistic production without resulting in color spilling.

Green screens make post-production an absolute nightmare because they can be severely reflective, and green screens leave behind the green hues. On the other hand, LED screen walls will reflect the correct reflections and lighting, making post-production less hectic.

When an LED wall is used, everything will be easier to adjust and real-time. For example, the LED backdrop has a huge light panel, and with the availability of a rendering engine and beast computer, the virtual scenes can be tweaked. Also, the color correction, reflection, and brightness can be optimized to create an impactful virtual scene.

Film and content production is both commercial and art; there is no double that the LED wall is a great investment. However, it offers a promising editing capacity, which helps save time and reduces the per-hour rates, resulting in cost-effective solutions. In addition, fewer sets will be used since the majority of products can be done digitally, adding to the cost-effectiveness.

Refresh Rate and Grayscale – The refresh rate needs to be 10x higher than the camera shutter speed to take error-free images. Also, if the grayscale levels are low, there will be discontinuity issues and loss of pixels, resulting in a smooth picture. The driver ICs can be used to achieve the 4kHz refresh rate and 16-bit grayscale to fix this issue.

HDR – If the grayscale output is low, the image will have discontinuity issues, adversely impacting the visual effects. There are HDR-optimized driver ICs available to attain delicate images and on-point imaging.

Moiré – These patterns can be interfering with the image, and the transparent gaps are overlaid. There are mini-LED module solutions available with flip-chip technology that offers higher image quality.

Power Consumption and Temperature – LED displays can be extremely notorious for consuming extensive energy and generating immense heat that reduces the lifespan and drives up the costs. There are LED drivers available for a power-saving function that help save power and costs to resolve these issues.

When it comes down to achieving the best XR extended reality quality in virtual production, the LED wall should be procured from a reputed manufacturer, such as iDisplay. It is because their LED walls can help optimize virtual production. For instance, LED walls are easy to maintain, offer safety, deliver compatibility, and have seamless heat dissipation that fixes the common issues associated with LED walls. Do not hesitate to contact iDisplay to learn more about the virtual product LED walls!