What is Naked Eye 3D Screen And How Does It Work?

Home » What is Naked Eye 3D Screen And How Does It Work?

What Is 3D LED Display And How Does It Work?

As the 2022 Winter Olympics Games are making rounds worldwide, one can’t help but focus on the simulation technology and digital performance throughout the opening ceremony. The ceremony implied AI, AR, and 3D LED Displays, which gradually replaced the traditional projection scheme on the ground. You could say that this opening ceremony was the ultimate launch for the 3D advertising display and 3D digital displays.

In addition, the naked-eye 3D show was the ultimate star for its realistic 3D effects. This technology was utilized to playback the Olympics on the ice cubs, creating a captivating scene and leaving a deep impression on the viewers. So the 3D LED Display became a hit again. This article helps explain more about 3D LED Display, including what is 3D LED Display and how it works. 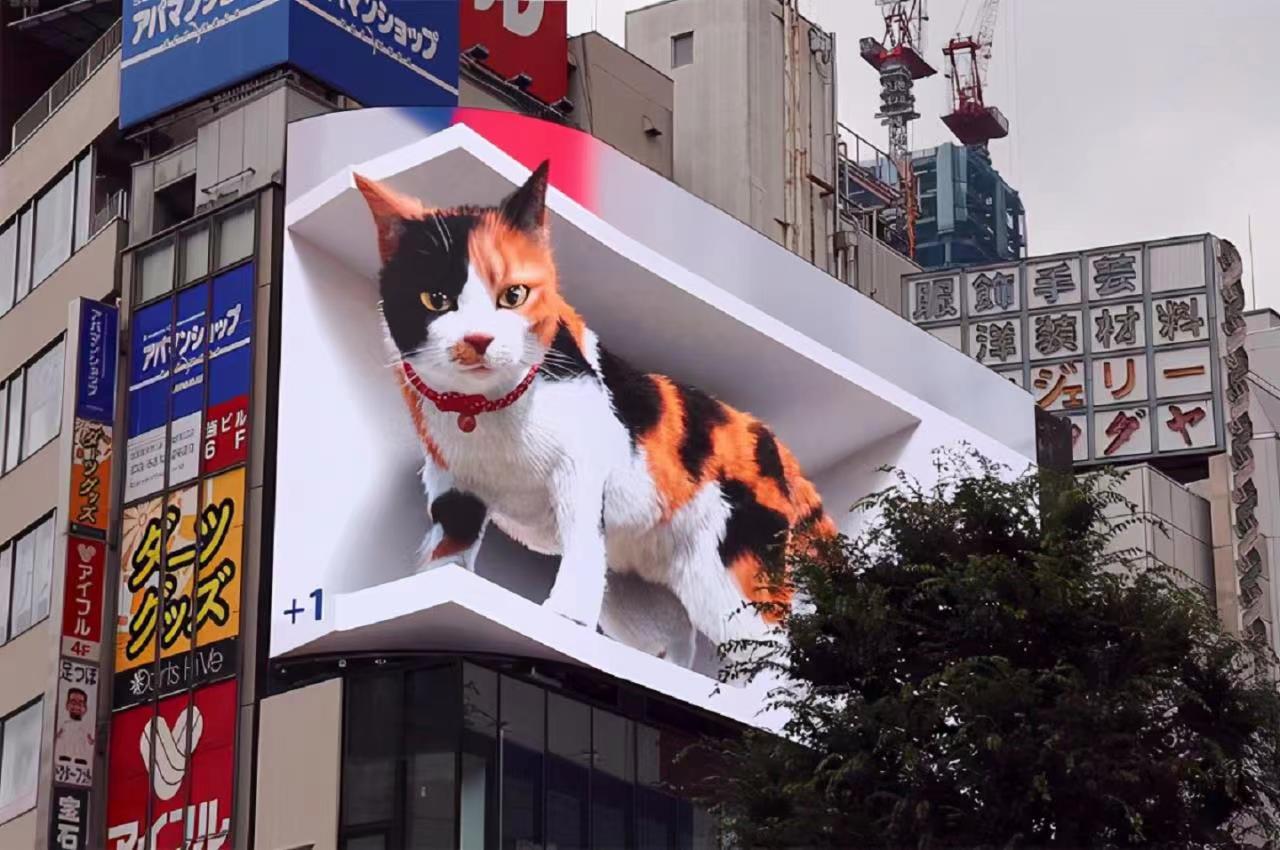 The 3D shows were once considered the tech revolution to create the illusion of 3D solidity. The popularity of 3D shows started in the 1950s but was fully throttled in the 1990s when Disney movies started using it. However, after the Avatar launch in 2009, the popularity died down, particularly because everyone seemed done with the glasses.

The naked-eye 3D displays were launched with the advancement of technology, which are the three-dimensional displays that don’t require glasses or equipment for viewing the 3D images. It means that users can view the three-dimensional content with naked eyes. It is designed with multi-view technology to watch the 3D content, irrespective of its position.

Because the principles of creating 3D videos work differently, so do the devices of traditional 3D displays and naked eye 3D LED displays. The technology of 3D display glasses helps to send the images into the left and right eyes of the viewers to achieve a 3D effect. Compared with the 3D glasses, the naked-eye technology divides the left and right images by adjusting angles and sending them into audiences eyes. Therefore, the naked eye 3D LED Display is a more advanced and technically demanding product. The Types Of Naked Eye 3D LED Displays A variety of types are included:

The naked-eye 3D LED Display adds some optical structures to the screen. Hence, the showing rendered image enters the left and right eyes of the person to produce parallax, and the 3D picture can be seen without wearing any special glasses or other devices. The two main technology is the parallax barrier and lenticular lens.

The parallax barrier is designed to use linear stripes dispersed at regular intervals between the black and light for limiting the direction of light travel. As a result, the images will create the parallax effect.

The lenticular lens utilized light refraction technology and focused the lens on altering the direction of light for splitting the light to create a parallax effect.

A realistic display of 3D video requires both hardware and software.

First of all, there is a need for a reference object because the screen creates the three-dimensional effect with the help of shadow, perspective relationship of the object, size, and distance. Also, the pictures of objects are dispersed into multiple layers of the white line, and animation is broken through these lights, covering every remaining element of the layer. Finally, the eye’s parallax is used for creating the 3D illusion.

Moreover, a 3D wave screen utilizes the background’s shadow as the static reference line, so the moving waves appear to be breaking from the screen. The second piece of equipment is a curved LED screen, which uses two walls at 90-degrees for creating a realistic effect. 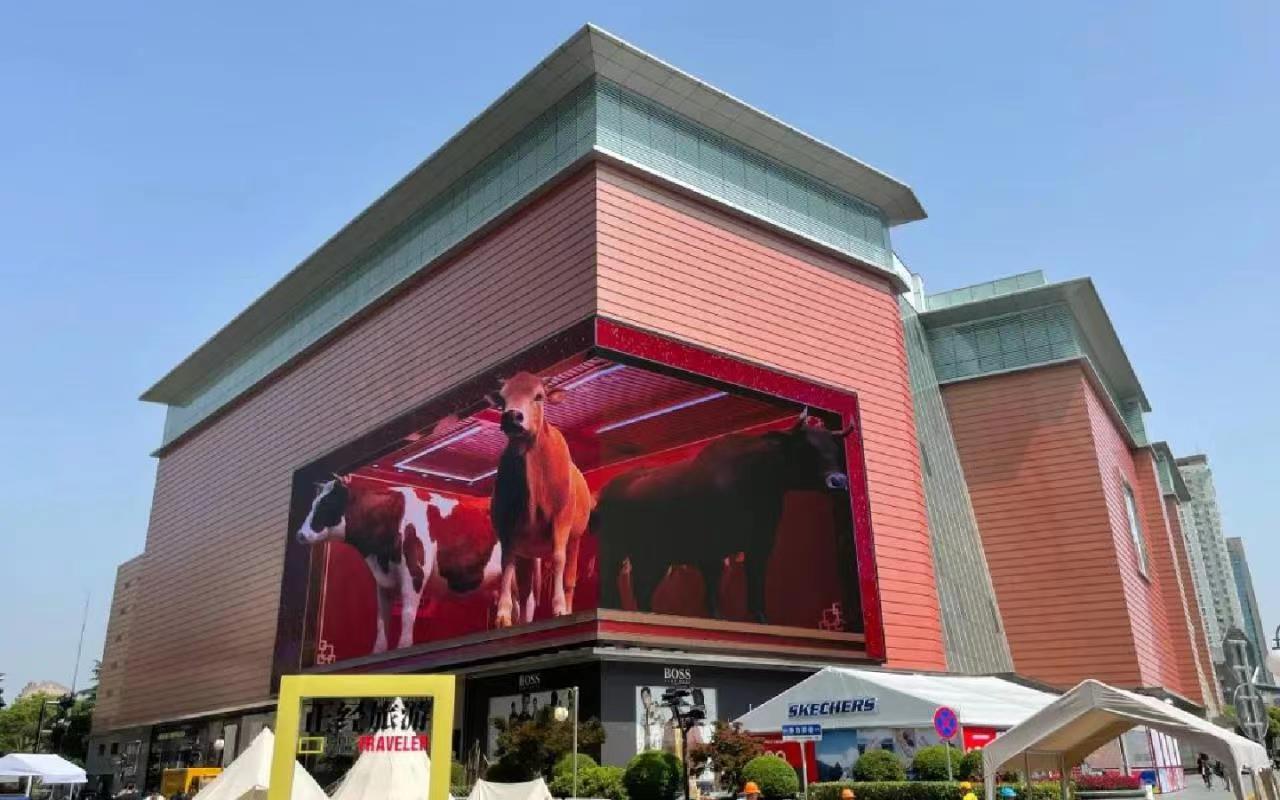 The Applications Of Naked-Eye 3D Digital Display And Its Advantages

Naked 3D animated film ‘Manou the Swift’ is produced using live-action filming and 3D special effects. The film’s realistic stereoscopic effects and vibrant colors give the audience a great visual impact. And not long ago, Nature and Science reported on research from the University of Sussex in the UK that naked-eye 3D displays for technology films will also become a reality in the near future.

The emergence of naked-eye 3D displays provides the media industry with unparalleled application advantages and a new and highly impressive display platform. The best thing about this specialized digital Display is that it can create immersive advertising content that helps spread the brand. In addition, the brands can create artistic content for establishing the brand image, promising higher brand value.

The most intuitive and effective way to display an exhibition is to present the object completely in front of the viewer to be there and have a clear sensory perception of the object. If you are a brand launching something new and a range of products, you can depend on a naked-eye 3D digital Display for presenting the products. In addition, it’s a great way of focusing on important features of the products, which helps increase the sales funnel.

To summarize, LED display solutions are essential to creating the naked-eye 3D digital Display because it’s the ultimate foundation. For this reason, you depend on iDisplay for purchasing LED screens and display solutions to meet the different needs in various usages. Moreover, we at iDisplay are committed to producing high-quality LED displays with advanced features and an intuitive interface to deliver better performance. If you want to know more about naked eye 3D LED Display or start your project with a high-quality 3D LED Display at a competitive price, please contact us!